Wayne County League Scores for 7/25 (as of lunchtime) One of the most popular members of the Camp Starlight Athletics staff members stopped by to give us an update on his new position at Feather River College and to give a couple of tips to all of our Starlight Soccer players as they try to stay in peak shape for the up-coming Wayne County soccer Season.

Feather River College finished the season 15-5-2 and ranked #19 nationally. In Matt’s first season on the sidelines, the team won its conference title and competed in the Division III National Tournament. With a great recruiting class and a core of young players returning, 2012 should be an even more successful and exciting season.

Here are some things that you can work on during the early spring to keep your soccer game in peak shape:

*Work on juggling, which will help your touches.

*Also, passing against a wall will help you with your passing and trapping.

*Another great drill to help you with your dribble and touches is to do a bell on the ball. To do this, place the ball between your feet and tap it from one foot to the other.  To make it even more difficult, try to do so without looking at the ball. You can also do stationary moves such as overs, unders, sole behind drags, etc.

“Hope these couple of drills help, and I look forward to seeing you all back on Alumni Field in June.”

Re-Asserting the “Team” in Team Sports Whether your family lives in a large city or a small town, there is likely not a shortage of organized sports  for children. Increasingly, the emphasis of team sports is less about what it means to be a member of a team and more about being the MVP of a winning team.   As a result, child athletes are often caught between sparring parents on one sideline and anxious, screaming coaches on the other.  Overly zealous parents and coaches seldom stop to consider that children often absorb their parents’ feelings and may project the resulting tension through their play.  The immense pressure to be a star who constantly wins is often why many children become burnt-out in the competitive sports environment and choose to take a break or even quit altogether.  Says Fred Engh, author of Why Johnny Hates Sports, “If all the focus is on winning, kids may be scared to fail and make mistakes. Mistakes are part of the learning process and it’s how one improves.”  One of the most undervalued benefits of team sports at traditional American summer camps is the environment that allows children to make mistakes without fear of backlash from the sidelines and to process those mistakes in a way that they can turn them into learning experiences. Setting up children for success requires a welcoming environment in which they can feel comfortable being themselves.    Those who tend to be self-conscious are particularly challenged by situations in which tension runs high.  The spirit of Camp Starlight athletics is one of instruction, fun, and safety more than competition.  It’s about making children feel like a valuable part of a unit that utilizes everyone’s talents in a way that is beneficial.  In short, the traditional summer camp environment is a team environment.   At camp, children have the encouragement of their counselors and fellow campers when playing sports.  A child making a layup shot on the basketball court for the first time is cheered just as much as someone scoring a winning three pointer.

Perhaps the relaxed positive reinforcement they receive while learning to play sports at camp is why so many children (as many as 60%) feel compelled to continue being active in an activity they tried for the first time at camp.

I know, I know, it hardly seems like spring in most of the Starlight Nation, but baseball season is well underway, which got me 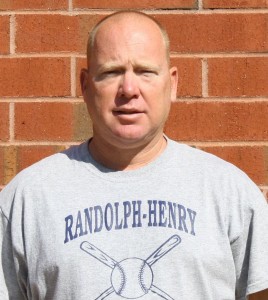 Todd comes to Camp Starlight from Randolph Henry High School in Charlotte County, Virginia where he is in his third season as head coach. Prior to accepting the position at Randolph Henry, Todd served as assistant coach at his alma mater Lynchburg College. He began coaching after a distinguished playing career.

In college,  Todd was a four year letter winner.  In 2004, he was inducted into the Lynchburg College Athletic Hall of Fame for his on-field excellence. At the completion of Todd’s college eligibility, he was drafted by the Texas Rangers, and spent two seasons in their minor league system before a shoulder injury ended his professional playing career.

Todd is very excited about meeting all of the Starlight family and making Wayne County his summer home.