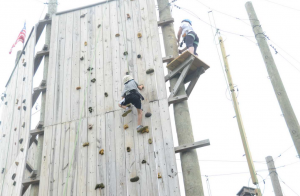 It’s hard not to imagine yourself in the world of “The Hunger Games” when you watch the film’s star Katniss running through the forest on the big screen, and for summer campers the themes of friendship, family and on-point archery skills ring especially true. Everyone has their own strategy they would use if they were a contestant in “The Hunger Games.” How would summer campers fare? From archery practice to camping skills, here are 7 reasons campers would definitely win:

1. Because they use teamwork

Campers know better than anybody that teamwork increases the odds of winning a game — and guarantees a fair share of fun even if “winning” isn’t in the cards. Being comfortable working on a team and trusting in others to pull their fair share takes guts, whether you’re fighting for your family in the Hunger Games or fighting for an extra marshmallow at a campfire challenge.

2. Because they know how to hit a bullseye

What do medieval knights, futuristic Hunger Game contestants and summer campers all have in common? That’s right — unbeatable archery skills! Katniss might get a run for her money if she participated in a camp archery competition, because let me tell you — some campers are seriously sharp shooters. Knowing how to use a bow and arrow is a rare skill in this day and age, but it’s no mystery to campers. 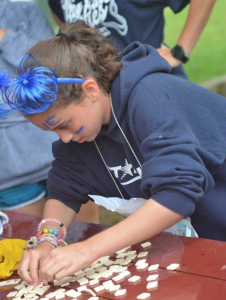 One of the biggest challenges of The Hunger Games is making do with what you have, and using elbow grease and creativity to solve problems. Campers spend all day practicing these skills and learning to have fun in the great outdoors without high-tech smartphones and game systems. Then when it’s time for theater and skits, campers use their imaginations to bring the adventure to life. Needless to say, being resourceful in the Games would be no problem for campers.

4. Because they know how to camp out

As if being on the run and fighting death-defying odds weren’t enough, the contestants of the Hunger Games also have to survive for days on end in the wilderness — sleeping under the stars, making shelters out of branches, and always planning ahead so they have access to their basic necessities.

Luckily there’s no risk of such troubles at summer camp, but campers still get to practice the fun side of wilderness survival skills. From learning to start campfires to exploring the habitats of wildlife in nature, exposure to the skills needed to have a blast in the great outdoors is a huge part of camp life. Regardless of experience, all campers get a chance to experience the life-affirming power of an outdoor camping experience.

…And of course, everyone at Camp Starlight knows where the North Star is! So navigation is no problem.

5. Because they know how to be a leader

Leadership is the quality that makes Katniss special in “The Hunger Games,” and it’s also one of the most important qualities taught at summer camp — how to be brave and volunteer when help is needed, and how to take charge when you know that something needs to be done.

6. Because they trust each other

Trust games are a staple of summer camp, and a belief in the power of team building carries summer campers far as they grow up and enter “the real world.” Anybody who’s done a trust fall knows it’s one of the scariest things you can do — and also the most liberating, because once you believe in your peers you can learn to truly believe in yourself. In the world of “The Hunger Games,” Katniss almost lost many times simply by second-guessing her allies, and the fact that trust ultimately brought them together is one of the film’s most inspiring messages.

7. Because they’re loyal to their friends

Last but not least, the biggest and best part of camp life: friendship. It’s friendship that saves Katniss and her friends at the end of the film, and it’s friendship that brings campers back to summer camp, again and again, year after year. Katniss shows that she’s willing to give everything for her friends and family. Campers learn that friendship isn’t just about taking — it’s about giving back, volunteering, and always being ready to help others.

The Lessons I Learned In Summer Camp 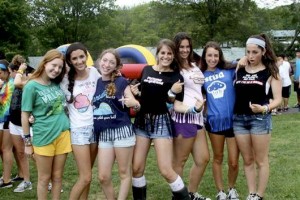 This post is a re-share from The Odyssey Online.

Everyone who went to camp is part of a cult; a group united by spirit and tradition that cannot be explained or understood. It does not make sense, and every summer, you come home a little weirder than when you left.

Although camp is a difficult place to explain, it is an easy place to be, and after a decade of abnormal adventures as a camper and a counselor, I’ve grown to realize that I truly would be a different person without it.

During my time as a camper, I learned everything. I learned how to play soccer, how to make my bed, and every other simple task a kid should know. I learned to have fun without television and video games, to be persistent, and never to give up no matter how many basketball shots it takes to win a game of Knockout.
I learned how to be away from home, to include everyone in any activity, and how to love people who aren’t family. After reflecting on my years at camp, however, I realize I learned more during my two years as a counselor than during my eight years as a camper.

During my first year of college, I had all the freedom in the world, and going from college to camp was a huge wake up call for me. I went from a lifestyle where I could sleep in and plan my day to a world where I was a slave to time—and children. I had to wake up at precisely 7:55am each morning and make sure each child was cleaning, eating, and participating in activities with a smile on her face, and mine.
I learned to put others first, and to enjoy doing so; I learned to distinguish between a sick child and a child pretending to be sick so she doesn’t have to play tennis in ninety-degree weather; I learned that everything is not always going to go my way, and I learned to be responsible for something bigger than myself.

The most important things I learned were things I learned as a camper, but were so much more meaningful as a counselor. I learned that tradition is a powerful thing that can bring people together unlike anything else, that people from all over the world are really not different from us at all, and that everything is better when you do not worry about image or appearance. It’s okay to wrestle in Jell-O, and go on scavenger hunts, and stand on chairs and dance during breakfast, and play football in a tutu, and cry when you lose color war; in this fantasy world, life is perfectly structured yet totally careless, and nothing outside those grounds matters or even exists.

The benefits of Camp- A parent’s perspective! 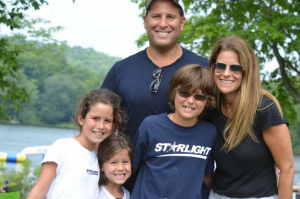 In a world of Wiis, Xbox ones and 360s, nothing is better than real “whee’s” on the zipline, one on ones with friends and the 360 views your kids will get when they attend summer camp. Unplug your kids and find out how they can benefit. It’s an invaluable experience that allows them to develop the skills they need to become confident kids.

As hard as it is to send my boys off to camp each year, I know it’s the best thing for them. I’m the type of Mom who wants to be with them all summer long. I love re-living my childhood through their eyes. But summers away, teach them to believe in themselves. They gain more than just experiences, adventures and new best friends, summer camp instills positive behaviors that carry over into adulthood.

When my kids go to summer camp, they become more confident. Without my husband and I there to guide their every move, they make more decisions on their own and start to trust their own instincts. Camp is the perfect place for them to do this, in a safe environment that nurtures individual growth and development. When kids learn to make choices on their own, it gives them a sense of self worth and sets them up for success in the real world. 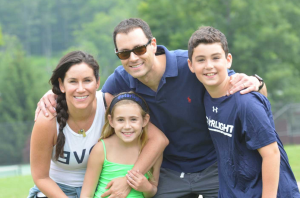 Camp is no different that it is at home or school. Things happen. You child didn’t get to be on the team he’d hoped, friends are acting unfairly, or your child didn’t get picked for a group project. That’s just how it is. At camp, my kids have had several issues like this but they’ve learned to accept that life isn’t always perfect. Knowing they must rely on their own problem solving skills helps them adapt and grow. I like to say, they’ve started discovering their own “know-how”. This allows them to be strong in difficult situations at camp and when they return home.

Your child isn’t going to like everyone at camp and not everyone is going to like your child. There are a lot of personalities to deal with. My sons have learned that no matter the differences they may have with others, they have to treat everyone like they want to be treated. Learning how to be flexible and mindful of others feelings, promotes good working relationships among peers and adults. Learning tolerance and being accepting of others, are skills they’ve taken away from their stay, that go beyond just the summer.

Summer camp is all about encouraging kids to step outside their comfort zone and face their fears. This builds character. When you pair character with confidence and helping others, kids learn to become leaders. They thrive in an environment where they’re given the opportunity to help someone else learn something new and teach what maybe they learned the year before. My kids have become noticeably more self-confident and independent and come home with the attitude of wanting to help others.

What to Expect Your First Summer as a Camp Counselor 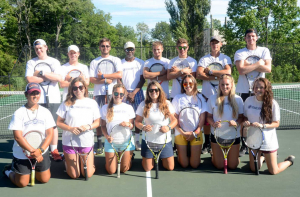 Thinking about what you’ll be doing next summer already? If you loved camp as a kid or are now too old to attend Camp Starlight as a camper, think about applying to be a camp counselor at Camp Starlight! Running a successful camp depends mostly on our camp staff.

Ready to apply? Visit campstarlight.com/StaffExperience! We hope to see you next summer!