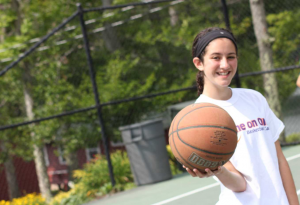 Great start to the season for the 7th grade girls basketball team. All the girls worked together as a team throughout the whole game and never gave up hope. The first half was a bit slow paced but with the help of Jordyn P., Starlight went up quickly. Hanna S. played great defense and had some great chemistry with teammate Hannah J. With the outcome of this first game, there is no doubt that the girls will be up for the challenge and ready to play their next matchup. Final Score 32-14.

Great start to the season for the 7th grade girls basketball team. All the girls worked together as a team throughout the whole game and never gave up hope. The first half was a bit slow paced but with the help of Jordyn P., Starlight went up quickly. Hanna S. played great defense and had some great chemistry with teammate Hannah J. With the outcome of this first game, there is no doubt that the girls will be up for the challenge and ready to play their next matchup. Final Score 32-14. 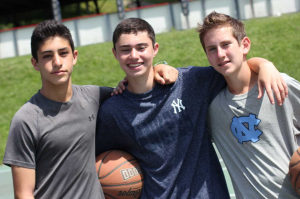 Starlight’s 8th grade boys basketball team won its first game of the season! The team started off very slow, ending the first quarter with a score of 11-8. During the second half, the team started to play better team basketball. In the second half, the whole team got involved. Lucas C. led the team with a triple-double of 11 points, 12 assists, and 10 rebounds. Sanford F. had 8 rebounds but did not have any points. Drew B. and Harry S. both contributed with 4 point. Additionally, Jack T. and Justin G. had 10 points. Great win for these boys. Final Score 52-37. 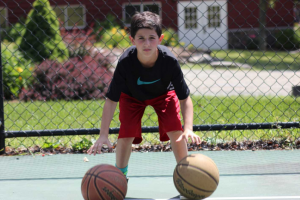 The 4th grade boys basketball team had a great game that was played with a load of enthusiasm and excitement! The team played outstanding defense in their well-organized 2-3 zone, which lead to a shortage of points for their opponents. The dynamic brother duo of Reece M. and Jared M. created a rebound nightmare for the opposition. On the offensive side of the glass, Finn M. led the way with 12 points, Casey B. followed with 8 points. We are super proud of each and every one of the boys as they look forward to their next game. Final Score 32-7.

The 8th grade boys tennis team captured the Wayne County Championship in a great series of matches against Camp Wayne.  Everyone played very well throughout the line-up.  Danny S came back from being 5-3 down to win his match.  Noah H had a match point against him and came back to win the match.  This was this group’s second Wayne County Championship title in two years – amazing result boys!

Starlight came up with an amazing victory from being behind to capture the 7th grade and younger Wayne County Championship.  After going down 3-0 in the first quarter, the boys battled back to make it 4-3 at the half and 8-7 at the final.  Noah G and Jared B led the scoring with two goals each.  Sam S led the defense with twelve saves.  A great match and a superb result.  Well done boys!

The 6thgrade tennis team advanced to the Wayne County Championship.  The team played extremely well and was never really challenged.  Sam S, Greg K and Ethan E all won their singles matches.  In addition, the doubles team also won easily.  The team played with a lot of focus and energy and did not allow Tioga to come back in any of the matches.  Good job boys.

The girls looked great in a very solid victory this morning.  Olivia R scored seven goals while Andie S scored six.  Sammy B scored three with six assists.  Meredith B and Lindsay F each had one.  Brooke H had five saves in goal and showed toughness the whole game.  The girls are now looking forward to the finals!

Starlight ran out to a 10-2 lead and never looked back.  Ava S had eight points, twelve rebounds and five steals.  Caroline M, Dani S, Olivia A and Haley S all had four points while Julia K, Madelyn F, Maya S and Jesse F each tossed in a basket.  The entire team played phenomenal defense and rebounded well.  Great job girls!

In an amazing 18-0 victory, Camp Starlight literally shut down Camp Wayne.  CJ B had the hottest bat with two singles and a double.  Sydney M had a single and a screaming triple!  Jenna K contributed with two hits.  Starlight had a great eye at the plate and 23 batters reached base.

Defensively Starlight only allowed three base runners and none of these got past second base.  Sara S was scooping every ball hit at her.  Jenna K and Hayley C did a great job up middle keeping every ball in front.  Great job ladies – let’s win the Championship!

In a close 6th inning nail-biter, Camp Starlight defeated a very strong Bryn Mawr team 6-5 for the Wayne County Championship!  Bailee P and Samantha B combined together on the mound to throw ten strikeouts and only give up two hits.  Defense was tough behind her with Skylar R, Julia G and Francesca G making ground balls look easy.  Emily T and Abby S held up behind the plate and made great catches to keep the other team from scoring.  Jamie C and Bailee P both snagged fly balls hit at them.  Offensively, Starlight had seven hits.  Samantha B led the hitting with three singles.  Julia G, Ashley R and Abby S hit a single and smashing a double was Lily S.  Congratulations ladies – a great job by all and you should rightly be very proud of yourselves!

Brandi R started off the game with a three and played well from the point.  Molly, Sydney, Sara and Melissa played a great game in the point, playing excellent help-side defense and rebounding.  Sara had two, Melissa and Molly had four while Sydney threw in six.  Hayley and Olivia each defended the best player on the opposing team and shut her down in the second half.  Olivia had eight, Hayley had two.  CJ and Megan played well in the stretch, helping control the ball and pull out the win.  Devin hustled after loose balls and played great defense.  Hanna had a steal while Carly and Carli each had a rebound.  A great team effort on defense got the win.

The 6th grade and under gymnastics invitational was this year held at Camp Wayne.  Twenty three Starlight girls fought off some fantastic competition from ten other teams to finish second team overall.  Individual highlights included Skylar R 2nd on vault and 5th all around, Elle B 5th on floor and 9th all around and Rachel N who placed 15th all around.  This team has a lot of very talented members and coach John believes next summer Starlight will do even better.  Amazing result ladies!

Camp Starlight played a brilliant game to defeat Poyntelle 6 – 3.  In the win, Starlight had a total of eleven hits.  Jessica E hit a triple!  Also with base hits in the game were Andie S, Alison E, Halle H, Lindsey F, Samantha B, Brooke L and Hannah C.  On the mound for Starlight were Jessica E and Lindsey F – together they combined for eleven strikeouts.  Defense held strong and shut down Poyntelle.  Great job ladies!

The 9th grade softball team dominated Camp Lavi with a final score of 16 -1.  Sydney M’s bat was on fire with two doubles and a single.  Sydney T also had a double.  Contributing to the hot offense with two hits each were Hayley C, Sara S, Carly K and Molly F.  Defensively Sydney M kept them on their toes at the plate and only allowed one run to score.  Starlight defense was solid behind her.  Superb game girls!

The boys played an excellent game against Trails End, securing a great win.  Gallant, Saltzman and Askensal each scored four goals, with Feldman and Laurie scoring two apiece.  Key to their success was their superb teamwork – fantastic job boys, you should be proud!