Each camper looks forward to their summer as an Upper Senior from their first day at Camp Starlight. The Upper Senior summer was filled with so many special traditions, memories, and new roles at camp. As the oldest campers, our Upper Seniors assume the responsibility as the role models for the rest of camp. They were involved in top-secret activities such as C.R.’s competitions where Scott and Qynn drenched them with buckets of water and shared the experience of Jamaican and Mexican flavors. These activities brought them together as a division and they worked together to have a great summer. This summer was a rivalry between the Slavic Muffins, the Crimson Chins, the Fluffy Ninjas, and the Flying Pigs (in Peruvian). Another highlight of being an Upper Senior is the U.S. versus faces of summers present and past… can someone remind me who the winners were again this year? There is nothing like cheese balls, shaving cream, a delicious sandwich surprise (created with love by the division leaders), and a wonderful dizzy bat experience just to name a few, to start off a Starlight summer day! This summer the Upper Senior Boys started a new tradition at camp with Scott’s R, P, S competition, and the Girls started T.T.W. Of course we celebrated M.O.P.S, while S.H.L.A. continued to be a great success. During Olympics, the torches were lit by Upper Senior representatives, the Upper Senior Captains were instrumental in leading the spirited Blue and White teams, and finally, perhaps the most looked forward to event was Rope Burn. The Upper Seniors’ summer was closed by banquet, which was held in the Rec Hall for the first time. The summer of 2010 created many life long memories for both campers and staff. Thankfully, the Upper Seniors of 2010 created many of these moments. This particular group of campers, who made the summer unforgettable will impact the Starlight family forever. BOOM

Another great photo from Zach! 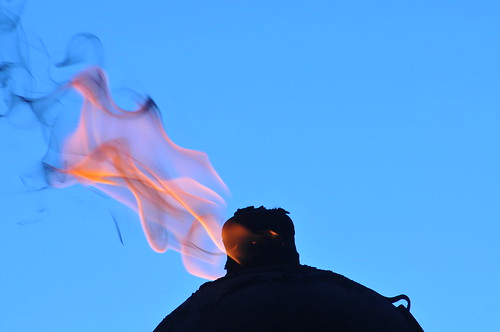 Dancing in Camp Starlight is very popular mostly amongst the girl’s side of camp. We have very confident dance teachers and there skills vary in many styles of dancing ranging from Hip Hop to Contemporary Dance. Camp Starlight again hosted the Girls Dancing Competition, Camps included Chen-a-Wanda, Tioga, Lohikan, Lake Byrn Mawr, Blue Ridge, Poyntelle, Island Lake, Chestnut Lake Camp and of course Camp Starlight. The dancing was situated in our very own pavilion by the waterfront. The standard of dancing in the Solo, Duo and Group dancing very much impressed the four Judges, one of which was are very own head of dance, Carly. 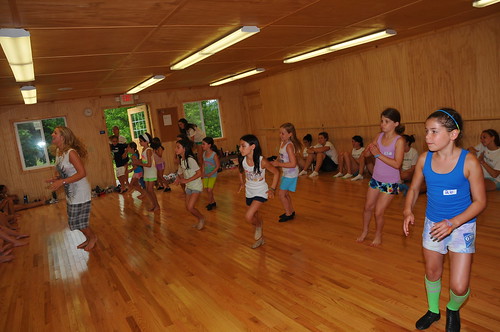 As an annual tradition, the Senior Girls participate in Powder Puff Football. This event gives these girls a chance to play a friendly yet intense game of flag football. The Upper Seniors usually play the full game because it’s their final year, while the Lower Seniors cheer for their team. This year we were split into four teams; blue, black, pink and purple. This is one of my favorite activities to play during the summer because it gives all the girls a chance to be competitive while still having a great time.

My favorite sport is basketball. I am on the Wayne County basketball team. This summer I have learned to do better lay-ups. I played one game and I scored seven baskets. I am very good at basketball. My favorite coaches are Chad and J.D. 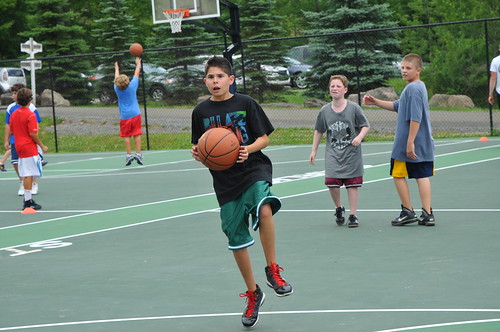 A great photo by Senior Zach! 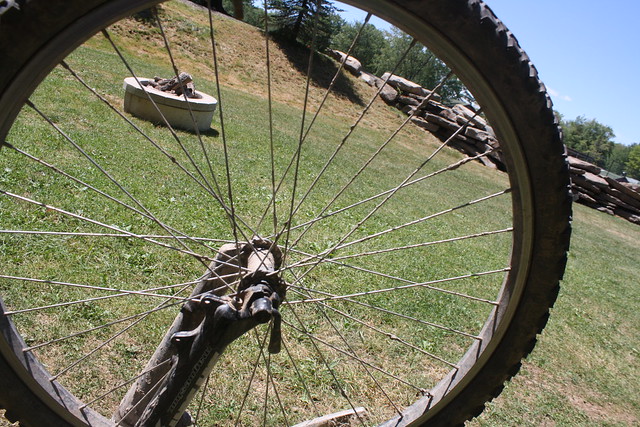 White Wonder and Blue Crunch took over Camp Starlight for five days of intense but friendly competition during the 2010 Camp Starlight Olympics. White Generals Nikki Jones and Zach Malis, along with Blue Generals Lois O’Neil and Patrick Zisko led their teams in one of the closest Olympics ever to take place at Camp Starlight. The teams virtually split day-to-day athletic competitions while the White dominated the Upper Senior Rope Burn and Apache Relay with both the girls and boys teams coming up with the win. An exciting sing resulted in a win for Blue and, going into the final day of competition, less than 300 points separated the two girls teams while the boys were virtually tied with only two (YES that’s 2!) points benefitting one team over the other.

Such evenly matched teams not only set the stage for some great competition, but highlighted what Olympics at Camp Starlight are all about; working together as a unit to encourage each other in exhibiting the very best of what has been learned during the summer and making every point count through sportsmanship, spirit, and camaraderie. Olympic contests are not merely about athleticism, but approaching challenges with dignity and diligence. That the scores were so close in the 2010 Olympics is a testament to the fact that both teams were winners in understanding that every person and every action counts and that a contest isn’t won or lost until the final whistle blows!

A Home for Our Memories

As one enters Starlight’s revered Dining Room, bunk plaques, created by campers new and old since 1947, swarm the ceiling. Bunk plaques are a time honored tradition at Camp Starlight. The words, the designs, and the feelings inscribed help campers appreciate the traditions and camaraderie that came before them. The memories that campers mark on these plaques showcase unity, adding upon the foundation of the plaques.

Bunk plaques allow campers to pay reverence to the tradition and realize how these plaques shape Starlight’s past, present, and future. As campers look across the Dining Room ceiling, they travel through time via plaques of different decades, representing the rich history of our camp. One realizes that although Starlight has changed, bunk plaques have remained a constant tradition that began in 1947 and pays homage to the camp founders. Seeing the plaques helps current campers understand how Starlight has shaped the lives of those who came before them.

Each bunk plaque has a different story to tell. There is an array of plaques each with a different story, a different set of campers, and a different memory. Although some plaques make little or no sense to those who view them in retrospect, they seal a place in history for some of mine and my bunkmates’ most defining camp moments. In order to create these plaques, campers have to come together as a unified bunk to capture the most significant moments. The time campers spend creating the message, painting the interface, and presenting their plaque are some of their final moments of the summer together. When campers depart from Starlight every summer, they leave a part of the laughter, the smiles, and the tears they shared with their bunk plaques. This is part of the thematic glue that holds this community together, and that campers old and new have come to cherish. The Dining Room, which is the center of Starlight’s campus, is the home for these plaques. They are a way to insure that, as time flies by and campers grow from Juniors to Upper Seniors, their time at Starlight will never end. The flame they’ve ignited due to their intricate role in our community can never die. Campers and counselors live on forever at Starlight, and they can always call this place their second home because a part of who they are will always be present in Starlight’s Dining Room. 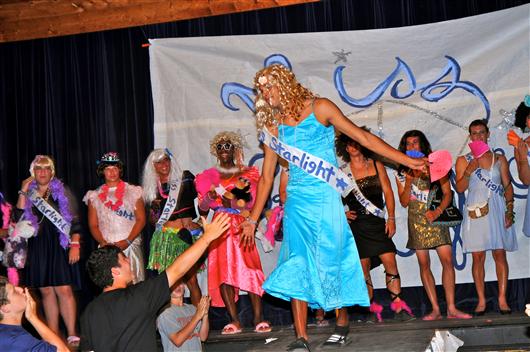 By Kendall and Emily

This Photo of the Day was taken by Jackie, an upper senior girl. The picture was taken on the floor in the carriage house. The use of the angle makes it an interesting photo. Great job Jackie! 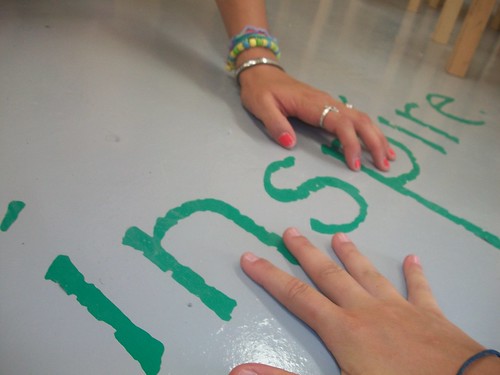