Summer camp staff who thought they were just heading off for a summer job a couple of months ago are surprised to find that transitioning from camp life back to “real” life requires a bit of adjustment.  Two months doesn’t seem very long in the context of real life.  Most people in real life get up in the morning, go to work or school and then come home.  Their environment as well as the people and things in it change several times throughout the day.  At camp, however, staff are surrounded by the same campers, the same co-workers, and the same bunk or cabin mates day and night.  The environment is fixed.  This is what many people love about working at summer camp, and it does have many advantages.

In the real world, two months isn’t a significant amount of time to form friendships or lifelong bonds. But sleepaway camp isn’t the “real” world.  It’s very easy to make friends when one spends so many hours of each day surrounded by the same people.  The absence of technology encourages interpersonal communication, which means one gets to know a lot about others in a very short amount of time—more than you ever thought.  Most camp staff also never thought they’d get so attached to their campers in such a short period of time.  But they did.  They cried when they said goodbye to their campers and again when they said goodbye to their co-counselors, now friends. But now that camp is over and it’s time to live in the real world again for the next ten months, staff members are just starting to realize how much camp fever they caught over the summer.  They find themselves wandering aimlessly  listening for PA announcements or bugle calls to signify what time of the day it is, where to go, what to do, and when to eat.  They walk into a supermarket and wonder what they should buy because their meals have been planned for them all summer, and peruse the aisles amongst surroundings that feel slightly surreal.  Then the reality that they’re not at camp anymore finally hits them.  They’re campsick.

Camp sickness is a common post camp feeling for campers, but many people don’t realize that staff members get campsick too.  They get teary eyed when they’re driving along in their cars and a song that was popular at camp during the summer plays on the radio.  They follow the camp Facebook page and remember the fun all over again.  They even wear their staff shirts on occasion.  But maybe the most valuable thing that lives on after camp are the friendships that are formed there.  Even for those staff members who can’t return to camp summer after summer, it’s a great feeling knowing that two months in the camp world was enough to form solid friendships with people from all over the globe.  The camp world is small, but the “real” world feels much smaller too after one has worked at summer camp. Parents: By now your pantries are empty, your laundry rooms are full, and your television remote controls are affixed to your children’s hands.  The campers are home, and they’re riding a camp high.  They have a lot to tell you.  Get ready to hear a lot of stories about camp (over and over), be let in on a lot of inside jokes that you probably won’t understand because “it’s a camp thing” (laugh anyway), learn everything you could ever want to know and more about new friends (excellent excuse to look at camp photos again with your children), and listen to camp songs and cheers (they’ll likely want to teach them to you too).  Sometime around mid-September, you’ll probably start wagering with your spouse about whether your children will stop talking about this summer before next summer starts (not likely).

You’ll try to start conversations about things other than camp (you’re pretty sure you’ve seen an episode or two of Pretty Little Liars),

but inevitably the conversation will come back to camp. (Remember the episode when Spencer realized that she’d been to summer camp with Hannah’s stepsister?  And speaking of camp…) But just when you’re starting to feel camped out, something will happen this fall that will make you remember why you love hearing about camp.  Registration for next summer will open.   You’ll remember that this is the point every year when still hearing about this summer even though it’s time to start thinking about next summer transforms into music to your ears, and the lyrics are your children’s way of telling you that they love camp (even though by that time they’ve said they love camp about a million times).  You’ll think about everything they’ve shared with you about camp, try (and fail) to count how many times they’ve used the word “camp” since they’ve returned home, and maybe even admire some of their arts & craft handiwork as you pat yourself on the back for deciding to give your children the gift of summer camp (then you’ll check the camp website for the Visiting Day 2014 date).

In the end, if there is one word to describe these Olympics, it would be “intense.”  Both teams came to every event hungry for a win and it showed in the scores, which were so close throughout the competition that victory came down to the final day of competition for girls and, quite literally, to the final tug-of-war for the boys.   The teams played hard from the beginning to the end of the competition yet never forgot to have fun while demonstrating outstanding sportsmanship.  The Senior Rope Burn was one of the best Camp Starlight has seen in years.  The apache relay was neck and neck throughout and a single point determined the Sing winner.  In other words, the 2013 Camp Starlight Olympics was an excellent exhibition, on behalf of the campers and Officers, of what Olympics is all about.  It’s a time to bring everything you’ve got to a game, but to remember that when all is said and done, everyone, including the members of the other team, are your fellow campers, colleagues, and friends. 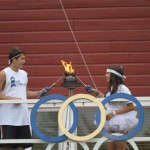 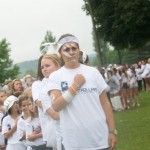 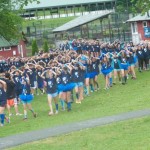 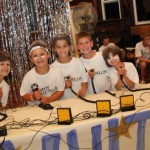 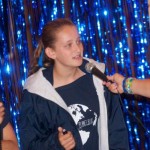 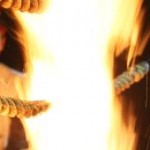 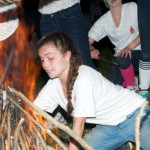 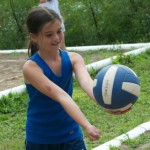 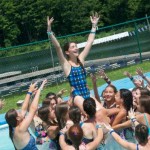 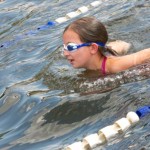 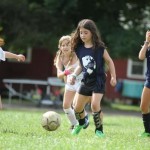 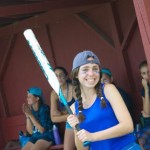 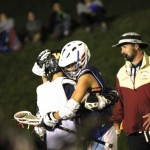 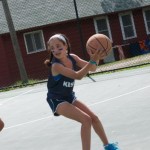 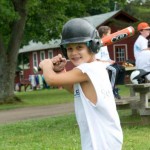 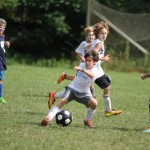 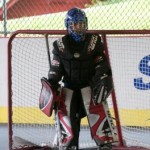 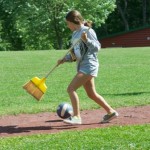 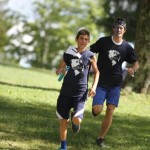 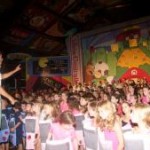 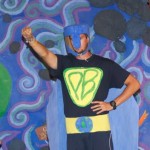 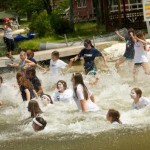 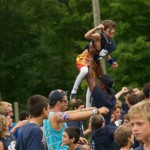 It’s hard to believe another summer has nearly come and gone at Camp Starlight, but here we are.  In just a few weeks, the camp season of 2013 will be a memory and school buses will once again be a regular sight around many neighborhoods.  There is always a feeling around camp at the end of the summer that someone pushed a fast-forward button.  Right about now, campers and staff begin reflecting on where the time has gone.  But something happens in that reflection; they remember EVERYTHING they did over the summer.

Moments at camp happen so fast.  The days are packed full of adventure.  When

campers and staff begin to inventory their summer memories, they’re often in awe of the amount of things they achieved in such a short period of time.  In retrospect, the summer seems endless.  There were the big adventures; trips, all camp events, campfires, shows, performances, leagues, Olympics.  There were the daily activities; swimming, playing sports, arts and crafts,circus, eco science, theater, nature, fishing, etc.  Those are the activities that seem to make the summer go on forever.  Then there were the moments and events that stick out as really special; being with friends, creating that special craft project, riding a zipline for the first time, hitting a bullseye in archery, making a foul shot in basketball, getting up on waterskis.  Those are the memories that freeze time.  They’re the ones that make the summer of 2013, “Summer 2013” in hearts and memories.  Those are the moments behind teary goodbyes, repeated camp stories, and the countdown for next year.  Memories are a great dessert after a filling summer, and like every great dessert, everyone wants more. Today started out as carnival morning.  That alone was enough for the camp to begin buzzing.  But soon after lineup started, it became obvious that this wasn’t just any carnival day.  A fire appeared to break out as the Upper Seniors attempted to convince the entire camp that Olympics had broken.  Campers and staff alike were concerned…until a clown troop showed up to put out the fire.  Following some comical antics on the ground, a frantic “woman” appeared on the roof of the Dining Room asking for help for her “baby.” The clown troop was happy to oblige and, keystone style, held a blanket to safely catch the infant.  It took a bit of convincing, but the woman finally dropped her baby, a toy pig.  After the “baby” was safely caught, the Olympic banner fell, backups (a couple dozen more clowns) arrived on a fire truck and it rained silly string for several minutes.

After the excitement of the moment died down enough for David to end the suspense, this year’s teams and officers were formally introduced.  Leading Planet Blue are Generals Heath S. and Amanda F. The White Controllers will be led by Generals Kyle H. and Meredith P.  Sing Leaders Banner W. and Dana R. are sure to put a creative spin on the earth theme of Planet Blue while White Sing Leaders Matthew P. and Katie. B. will almost certainly place lots of techno references to the White Controllers’ video game theme in their Sing tunes.  With such contrasting themes and so many possibilities for each them, this year’s Sing competition is bound to be as amazing as always!  Other Leaders of Blue Planet include Lieutenants Kurt P., Adam F., David W., Alex B., Elliott O., Tana M., Chloe N., Hannah P., Debbie K., and Karina G.  White Controllers Lieutenants are Michael F., Robert W., Scott V., Alex G., Miles K., Emily S., Rachel S., Hayley M., Jamie L., and Renny M.  Good luck to Blue and White in what is sure to be some great competition over the next several days!