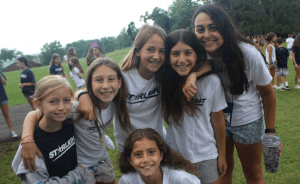 Whether you are a camper, staff member, parent, or alumni, Camp Starlight has an intense impact that can’t be ignored. There is a monumental significance that summer camp provides to a person’s life. An environment is fostered that allows you to become the person you’ve always dreamed of being. Friendships are established, memories are made, and life lessons are learned and carried out for many years to follow. The bottom line is, sleepaway camp provides an overall plethora of love and support for its entire community. 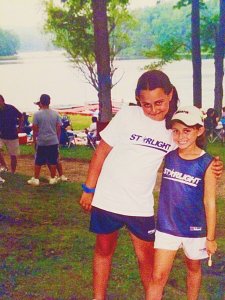 The camp environment facilitates a feeling of love and acceptance that is motivational and highly influential. Once an individual realizes that they are accepted for who they are, his or her potential for growth becomes unlimited. As someone who went to sleepaway camp, I have fortunately experienced this limitless love firsthand. For twelve summers, I have accumulated memories and experiences that are invaluable to me as an individual. The positivity and love that exists around camp is infectious and easily transferrable in all environments. 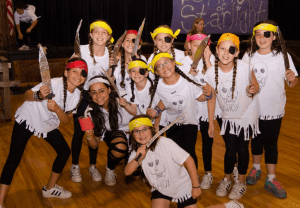 My summer camp career at Starlight began in June 2006. I was a ten year old girl that was extremely shy and often kept to myself. I played a few sports but I never fully embraced my athletic potential and teamwork capabilities. Despite my many fears, I bravely introduced myself to my fellow bunkmates. Within minutes, I felt accepted and loved in my new bunk of eleven girls knowing that we were going to face this new experience of camping together. Throughout the summer, I learned how to work as a team and handle conflict. My confidence and individuality blossomed as I tried new activities and experienced new adventures with my new bunk family cheering me on. My bunkmates and I overcame obstacles together, recognized each other’s strengths and weaknesses, and supported one another each and every day. While some members of my bunk shined on the soccer field and tennis courts, others lived for the chance to perform in the camp play or be featured in a dance number. Despite our preference of activities and different strengths, living together each and every day enabled our limitless love for one another as we cheered each other on and were there for a helping hand. Before I knew it, my first summer came to an end and I began counting down the days until I could return back to my summer home. Throughout the long ten months spent away from camp, I kept in constant contact with my fellow bunkmates and had several reunions. At each reunion, my bunkmates and I picked up right where we left off and continued to make lifelong memories. 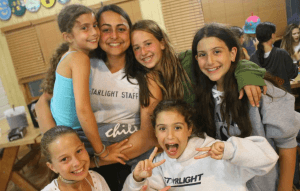 Fast forward six years to 2012 when I became a staff member at Camp Starlight. Although I had been a camper for six years, the butterflies I had in my stomach putting on that staff shirt for the first time brought me back to the same nervous feeling I had when I started my camp career. However, the moment I stepped into my new bunk and met my campers, I was hit a feeling of gratification and excitement. I recognized that I had the power to be a role model for these campers as my past counselors once were to me. I took pride in helping my campers learn their lines for camp plays, rooting them on in each sport they tried, and being there for any assistance that they needed.

The year is now 2017 and I have had the privilege of being a counselor to six unique bunks of girls. Each group provided me with irreplaceable memories. My first campers back in 2012 are now in high school thinking about which colleges they should apply to and learning how to drive a car. I have had the unique opportunity to watch my campers grow as individuals and accomplish several milestones. I look forward to the day each June when my campers from past summers run off the buses, hug me hello, and tell me what their year had in store for them.

Along with the many memories made with campers throughout the past summers at Starlight, I have made new friendships with counselors from around the world. I am in constant contact with counselors from the UK, Australia, and other parts of the United States. These friendships motivated me to travel to Europe this past year where I knew I would have a warm welcome and a place to stay. It’s an indescribable feeling to know that no matter where you go in the world, there will always be someone with an open door waiting to embrace you. 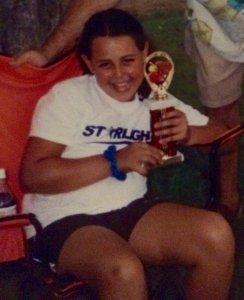 Twelve years have passed since I first began sleepaway camp as an anxious ten-year old girl. Looking back, I have recognized how much my life has been changed from attending summer camp. Thanks to the nurturing and loving environment fostered at Camp Starlight, I have become a more independent and caring adult.

All photos courtesy of Madison Dratch.

5 Things Campers Look Forward to the Most for the Summer

For almost the entirety of the year, campers sit at home waiting for the summer to start. Drumming their fingers and looking back at all the fun they’ve had so far, campers dream about all the things they can look forward to once camp finally arrives. When campers are at home with wandering minds, here are the things they look forward to the most when they get to come back to Camp Starlight.

What I Learned From a Summer at Camp Starlight My mom has this ritual of asking me, every day, about what I learned that day. Sometimes I shrug and say “I don’t know,” and other times I spit out interesting facts about blue whales or Egyptian pyramids or volcanoes that I learned that day at school. So in the car the day I got home from a summer at Camp Starlight, I wasn’t surprised when she asked me what I had learned while being away. She was surprised, however, at my response.

But in the first few days at home, I kept thinking about other things I learned while I was at camp. Things that were more about character than skill. Things that will help me in life more than knowing the perfect ratio of chocolate to marshmallow ratio on a S’more. When Jessi and I had that big disagreement, our counselors walked us through a communication plan that left both of us feeling heard, understood and we walked away with our issue totally resolved. I learned how to recognize when someone was feeling left out or lonely, and quickly invited them to sit, play or hang out with me. I learned a lot about how to interact with different people and learned to appreciate differences in people without judgment. At the end of the summer, I realized that sometimes I was so focused on the quantity of friends that I have, that I wasn’t focused on the quality. After spending a summer at camp, I learned the importance of having a handful of true friends who are there for you no matter what, who accept you for who you are, and who are honest and real with you.

I learned quickly that I’m a naturally messy and unorganized person, but that keeping my stuff picked up and clean in areas that I share with others is a sign of respect, and learned quickly to live in close proximity with other people and respecting boundaries and personal space. I learned to compromise, to be flexible, and how to manage my time.

I learned that I can, in fact, function without my cell phone and that not everything I do has to be documented through a “selfie.” I learned that without a cell phone glued to my side, I could focus more on the actual experience rather than getting the perfect shot, choosing the best filter, and then waiting impatiently for my friends to “like” and “comment” on the picture through social media.

I didn’t overwhelm my dear ‘ol mom with all of these things that I learned, and instead just gave her little stories here and there to demonstrate all of the new things I had learned at camp. Sometimes, she was the one telling me about the difference that she noticed in me, things that I had learned that made an obvious difference in my attitude and character. She noticed I was more patient with my little sister, more helpful to her and my dad, I was a better team player for my soccer team, and as school rolled around, she noticed I was focusing more on my grades.

I learned a lot at Camp Starlight. Some of the things are basic skills that are fun to know, while others are foundational qualities that I really feel with set me up for better relationships and experiences for the rest of my life. I’m thankful that going to camp was such a fun and natural way to learn so many new things.

The Importance of “Rest Hour” Fact: At camp, you are “go, go go.” From the moment you wake up, your schedule is packed with things to do. Some days you’re out at the lake all day, other days you are singing, dancing, acting, crafting and creating from the moment you open your eyes until you fall asleep. Your days are filled with fun and adventure, hanging out with new friends, eating delicious foods, trying new things and making life long memories. With days like these, it’s easy to understand why sometimes campers just need to rest. And as seriously as we take fun at camp, we are just as serious about rest. We know the importance of slowing down, taking a break and recharging, and all of our campers take part in “rest hour” each and every day.

When campers are constantly on the move, when they fly from activity to activity, they sometimes don’t have time to reflect on things they are seeing, doing and learning. A rest hour gives campers a chance to relax, read, listen to music, and sleep before getting back into the busyness of camp life. During this time, campers may want to write letters home, organize their cabin space, or have a conversation with a counselor that they didn’t have time for during the day. This intentional resting time is beneficial for a number of reasons.

Resting during the day is good for your body.  It gives you more energy and lets your body rest from all the activity during the day. Resting has also been shown to improve productivity and focus, which can really help campers who are involved in a wide variety of new tasks and skills.

Resting gives your mind time to let go of stress. It helps you with your patience and to reduce feelings of frustration. Campers need some time to just be alone with their thoughts and relax in their own space.

Camp counselors know the importance of rest hour, and although campers aren’t required to sleep during this time, counselors encourage campers to use this time to relax and unwind and help them become comfortable with alone time and silence. Campers learn that they don’t need to be entertained every second of every day, and learn to appreciate quiet time.